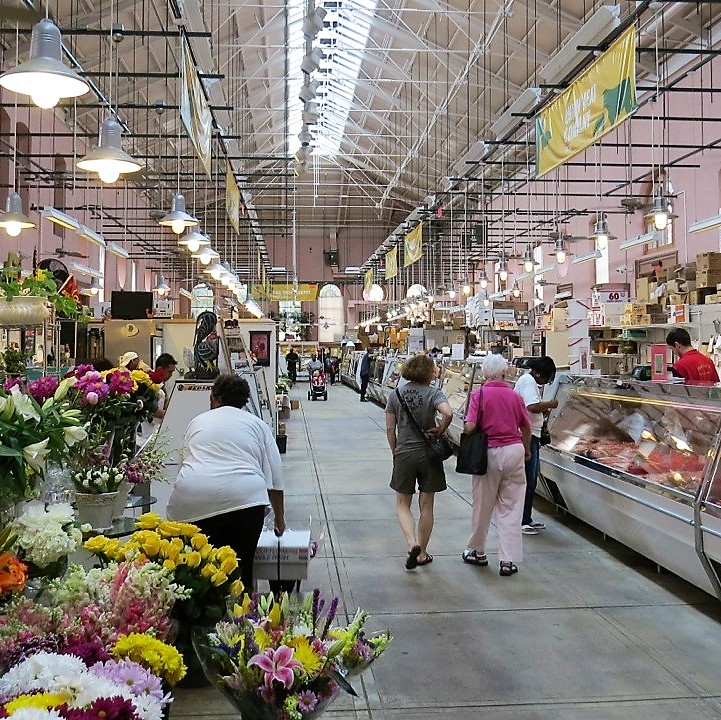 Months before Brexit and the American elections, we were fortunate enough to be tasked with several projects, asking us to explore and understand the way people relate today to their “local” environment.  It is no exaggeration to say that the relationship of people to their local community has become the centre of their mental geography.

We love sharing the image above to illustrate how radically our world has changed in the last 60 years.  Here, a model American family is watching with attention, perhaps even admiration and respect, the President of the United States as he delivers a speech.  60 years ago, society was entirely based on pyramidal authority, in a top-down social order.  Communication was in one direction only – the top speaking to the bottom, with limited opportunity for the bottom to reply.  The same was happening in work contexts, between bosses and employees, and in the area of consumption as well:  brands were all-powerful, telling their customers what they wished to say, while feedback was rare and contained.  Television was the emblematic medium of the era.

The revolution has been phenomenal:  the last 60 years have been a revolution of equal amplitude to the 18th and 19th century political revolutions, but this one was a communication revolution.  It is often claimed that with Internet and social media, “the people” have gained the power to speak, a power they supposedly didn’t have before.  In fact, although this is true, it is not the main trait of the revolution.  No, the real revolution has been the power to zap.  Zap the voices of the powerful.  Zap the advertising on television.  The voice of experts?  Zap.  Views that contradict mine?  Zap. News about an aspect of the world that’s not my world?  Zap.  In fact the freedom that’s been taken by people over the last 60 years is the power to choose their reality.  They prefer to read only views that align with their already existing ideas than be challenged by new points of view.  But can at the same time retain the belief that, due to the multiplicity of sources available through the internet, they are finding “new” and “genuine” information. 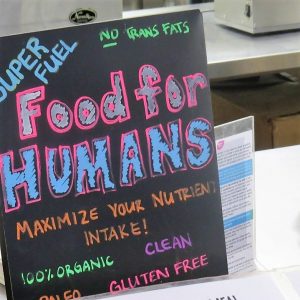 In parallel to this zapping behaviour, there has been a growing loss of interest, indeed a growing suspicion, in our societies vis-à-vis anything big and powerful.  Big Government.  Big Companies.  Big Brands.  All have lost the magical appeal they had in the pyramidal 60s.  To be honest, there has of late been no shortage of fuel for such suspicion.  Big governments generating colossal debts.  Big mortgage companies enticing people to buy homes they can’t afford then selling the junk bonds to Big banks, who were reselling the junk to other Big banks. Big companies selling horse meat for beef.  Big manufacturers using hormones and pesticides to grow food quicker.  The list goes on.  As a result, a lot of people have turned toward what’s near them, within reach, approachable. They have started to choose their reality, literally.  The reality that is at arm’s length.  The local farmer has become more reliable than the large brand manufacturing food in a remote factory.  Grassroots politics have become more interesting than big national causes.  Anything that is made here is more valuable than things manufactured over there.

Interestingly, societies are reinventing the importance of local, and “village life” as it had existed before the Industrial Revolution:  when the means of communication were slow and inefficient, when the transport was slow, when (royal) power felt remote and abstract, and people just got on with their lives in their local vicinity.  Of course they were rumours and fake news, since the speed of communication didn’t allow for much fact checking as news spread from one village to the next.

Sociologists have been observing how, compared to the 1960s, individuals in our society have turned the pyramid into a radius of concentrical circles.  At the centre, the most important of all, me:  my needs, my opinions, my perceptions, my desires, my goals.  Close to the centre, my family, close friends and relatives.  Further out, my community, my neighbourhood, my block.  And then the rest, moving further away: big companies, states, institutions, foreigners.

The thirst for local is only starting.  It will reshape politics for the foreseeable future.  Local politics and local policies will be the only antidote to the growing suspicion of “big politics”.  It will restructure businesses and brands.  In opposition to the linguistically horrible 1980’s attempts to promote “glocalism”, our times will reward companies that find ways to invest in communities and local needs – that will make themselves approachable, within reach, and near.  Companies that will cultivate their neighbourhood values.

This triggers formidable challenges:  how can one generate economies of scale in a world that rewards local solutions?  How can one absorb the costs of all this grassroot activity? But it is also an exciting opportunity for ambitious major players:  these “neighbourhood values” and presence requirements will demand capital intensity, so large (but, please, not Big) companies are best placed to make it work consistently.  It will, however, require a new business model, which is about working with the locals.  Perhaps to the benefit of all.

From Here. For Here.

This was the thinking that led to the repositioning work we helped Nestlé Waters to accomplish with their Regional Spring Water, Poland Spring, Ozarka, Zephyrhills, Ice Mountain, Deer Park and Arrowhead. The strategic statement "From Here. For Here" was the foundation of the reclaim, for each of the brands, of their truly authentic local-ness, but also an expression of their awesome engagement in the local community. 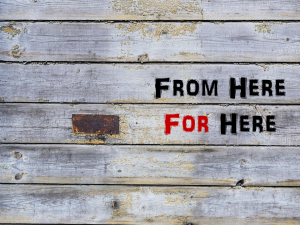